Crewton Ramone wants you to enjoy this Free Preschool Math Game. I still enjoy these kinds of picture books and now I have an excuse to read them again because I have young children. Technically there are six games here. But it's the same game with different blocks so it depends on how you count...doesn't it. 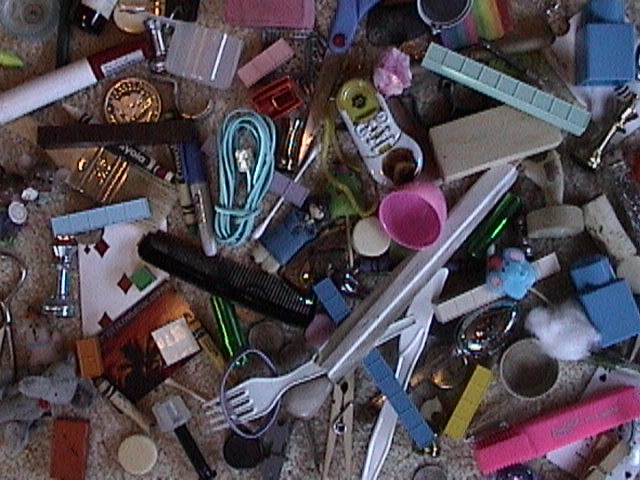 This "game" is basically for young students to identify the names of the blocks in a fun way. It's not so important that they be able to count them as to know that the big blue one is "ten" and the little yellow one is called "four".

If they don't know the names of all the blocks use three period lessons until they are fairly comfortable with them. You could also just play I-Spy with your little kids with all the junk in the pictures... 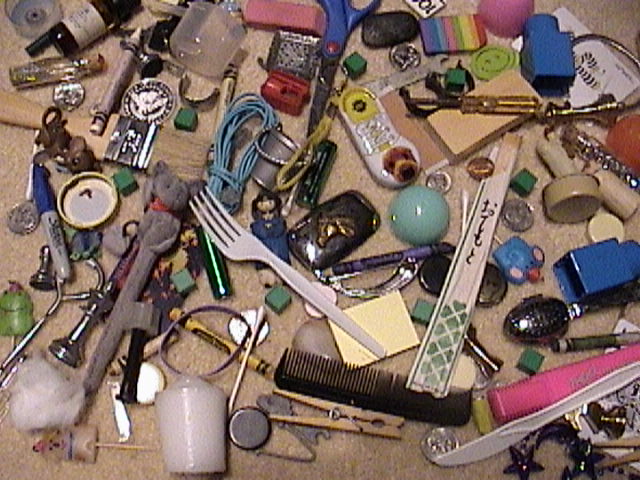 Can you find all nine ones in this picture? Count each one your child finds out loud with them. (Hint: they are the green squares.) 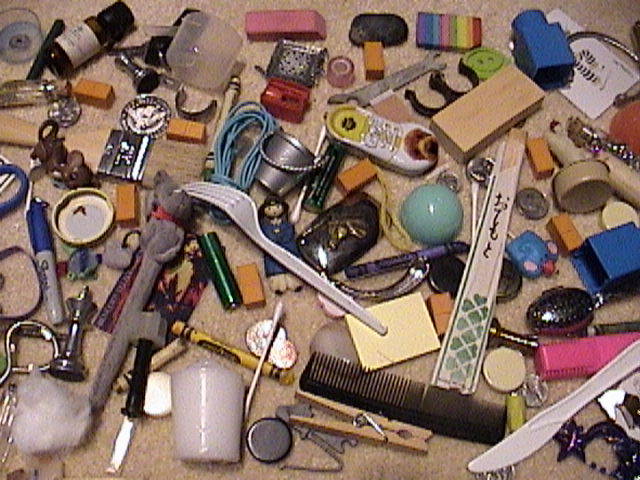 Can you find all nine twos in this picture? Count each two, and then pattern for them by counting by twos for them as they find each two or after they find all of them...

The child hears one thru nine in order and then starts to hear what counting by two's sounds like. They don't need to understand what 16 is, or how many 16 is they just need to hear the pattern. 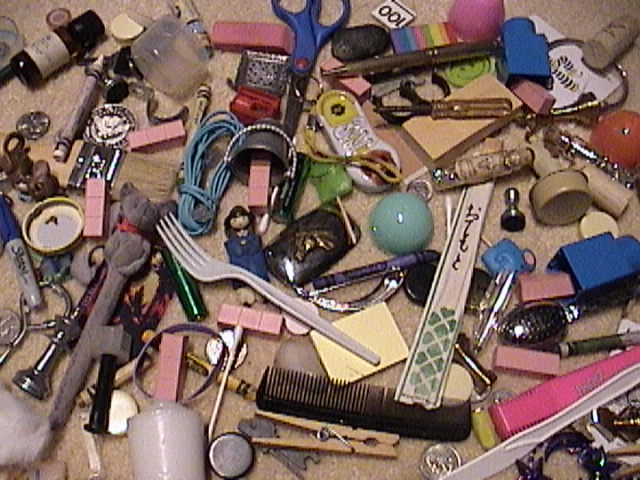 Now find the three's...count each three "by ones" then count by threes, you might sing

"Three Is A Magic Number" or "I Got A Dog Whose Name Is Rover" while you do...some of the three's are trying to hide. Can you find them anyway? 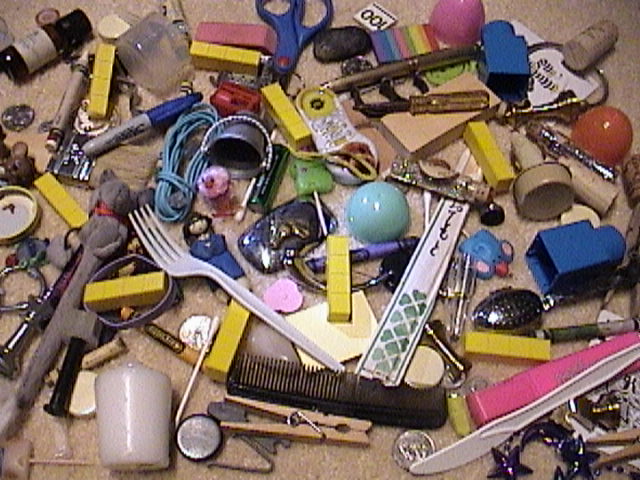 By know you get the idea. Find the fours, count them by ones then by fours. This should be easy because the fours really stick out. 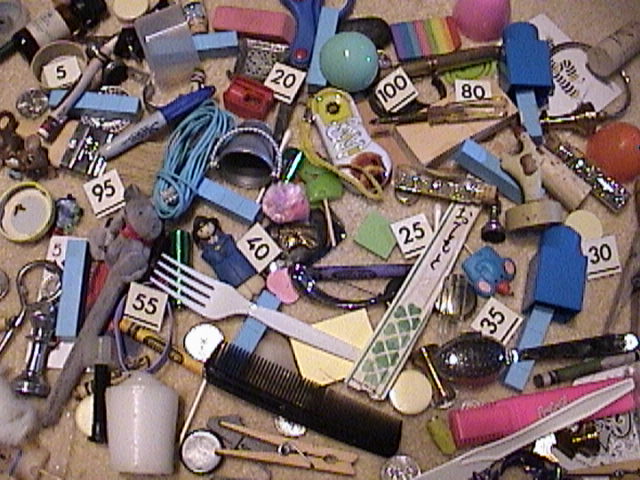 You should be able to have a great conversation about fives with this picture. Find the fives count the fives, count by fives, the numbers are all multiples of five and divisible by five...just talk about fives and have fun.

A fun, real life version of this game involves getting a small cardboard box and filling it with stuff like you see here. Then arrange the junk while the student is in their math bag or has their eyes closed. Fill the box ahead of time and surprise them...keep the area confined and count them out as they find the blocks. You can also play Easter Egg hunt except with the blocks. Use your imagination and have fun.

And here we see we see the student showing that he has indeed found a five with a look of certainty on his face. You can turn it into a number ID game by adding different blocks and asking them to find one of each. Add little cards with the symbols on them (1, 2, 2 etc) for fun too. Then get crazy and play a game where they have to match the symbol cards to the blocks or visa-versa.

There must be 10 or 20 variations on this theme. Very young students who don't know the names of the blocks can compare a four in your hand and then look for the four in the debris field.

I have now played this game with students on this very page...we had a lot of fun finding the blocks on the screen and counting. Make sure they wash hands before playing because they are going to end up touching your screen...yet another way to spend some quality time with your child where they also learn something.

Back from Free Preschool Math Games 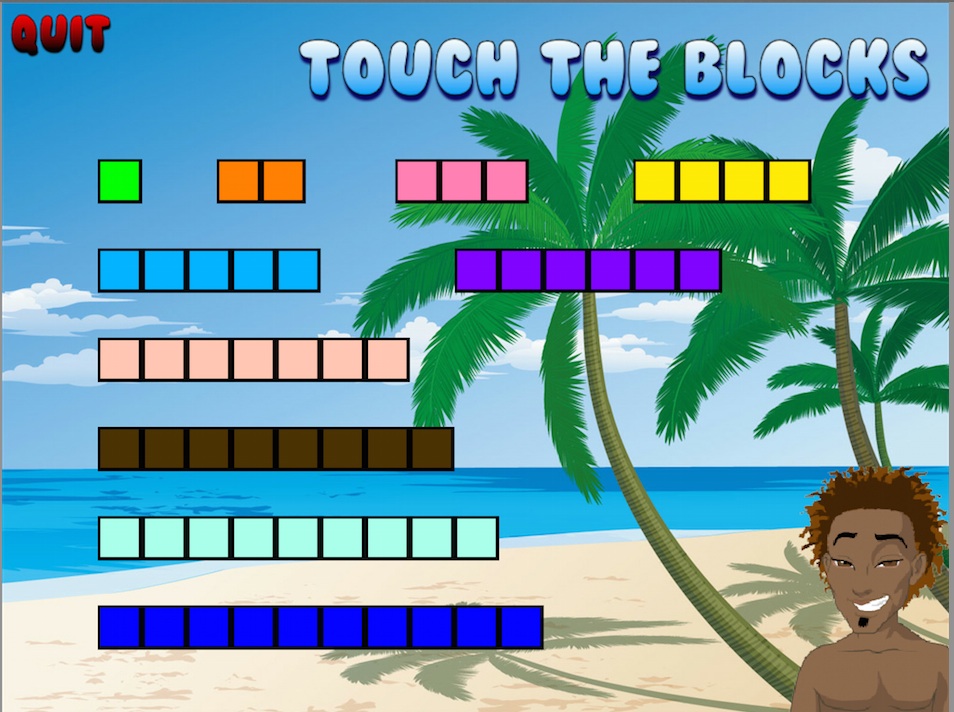 Play gives children a chance to practice what they are learning.” -Mr. Rogers

“Play is the only way the highest intelligence of humankind can unfold.” -Joseph Chilton Pearce

“It is paradoxical that many educators and parents still differentiate between a time for learning and a time for play without seeing the vital connection between them.” -Leo F. Buscaglia

“Play is the exultation of the possible.” -Martin Buber

“Play keeps us vital and alive. It gives us an enthusiasm for life that is irreplaceable. Without it, life just doesn’t taste good” -Lucia Capocchione

“Play is the beginning of knowledge.” -George Dorsey

“Play is so integral to childhood that a child who does not have the opportunities to play is cut off from a major portion of childhood.” -Musselwhite

“Necessity may be the mother of invention, but play is certainly the father.” -Roger von Oech

“We are never more fully alive, more completely ourselves, or more deeply engrossed in anything than when we are playing.” -Charles Schaefer

“It is a happy talent to know how to play.” -Ralph Waldo Emerson

“Play is our brain’s favorite way of learning.” -Diane Ackerman

“Whoever wants to understand much must play much.” -Gottfried Benn

“The true object of all human life is play.” -G. K. Chesterton

“Children need the freedom and time to play. Play is not a luxury. Play is a necessity.” -Kay Redfield Jamison

“Do not keep children to their studies by compulsion but by play.” -Plato

“The creation of something new is not accomplished by the intellect but by the play instinct.” -Carl Jung

“The opposite of play is not work. It’s depression.” Brian Sutton-Smith

“Those who play rarely become brittle in the face of stress or lose the healing capacity for humor.” -Stuart Brown, MD

“In every real man a child is hidden that wants to play.” -Friedrich Nietzsche

“If you want to be creative, stay in part a child, with the creativity and invention that characterizes children before they are deformed by adult society.” -Jean Piaget