Passwords will be changing soon.

Use the contact link for payment or other communication. 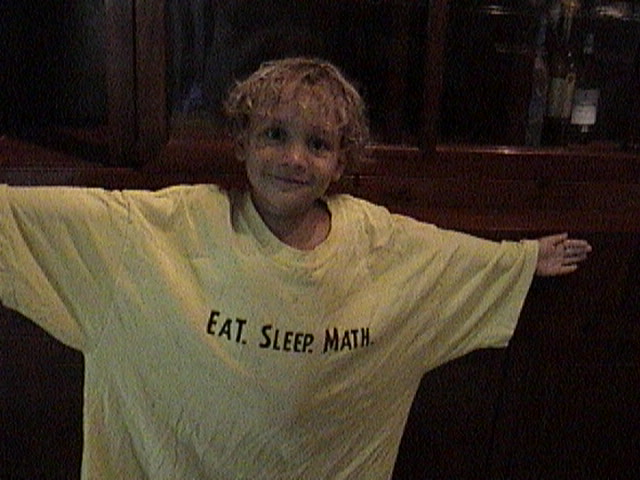 This is the hub for a bunch of other pages. Some of them have been built already and this one obviously hasn't. Check back: there will be so much more here soon.

The point of this page is simple. QUIT with the 'math time' already!...when they are little. You don't need a formal time for math. ANY time is math time. Eat Sleep Math.

You are hanging clothes, your kids want to help. Great! I have clothes pins in my hand take three...count how many on the line. Have 10 pairs of under ware? Count them as you put them up etc.

Just count out loud so they can hear what it sounds like from 1 to 20.

Listen to math songs like Multiplication Rock. Have fun singing skip count songs. Watch Leap Frog DVD's. Whatever. Kids love to learn and as long as you make it fun they never get tired of it.

Do little kids want to learn math? NO.


The just want to play.


They wake up in the morning: first thing play. Eat something for breakfast. Play some more. Snack. Play more. "Can we go outside and play?"

"Quit playing it's time to come in for a lunch!"


[Tip play them hard, fill their bellies THEN nap time is easy.]


Read them a math story...maybe, there are plenty of them. "Ten Apples Up On Top" comes to mind but there are many more. Naps. Ahh, blessed silence! But as soon as they wake up: play time.


Play more in the bathtub or shower.


You don't do math ALL the time. Just some of the time, and anytime is fine. Once or twice a day for just a few minutes. they are just natural everyday activities, that can easily and painlessly be converted into everyday MATH activities.


Just play with blocks and have fun. You don't even have to be there. Soon there will be math DVD's where you just pop in a DVD and let the kids play along with their blocks. Meantime just let them PLAY.

I'm not saying just letting them play with the blocks will teach them all the math they need, but it will help them internalize concepts and make math easier when it is time for a "formal" math lesson but don't miss the point the point is to have fun and play. Learn by playing...

Picking and juicing oranges, or picking out oranges at the store and then cutting them up at home...math. Picking fruit is an everyday math activity for some people who live in more tropical climes...you can easily do some math while you do. 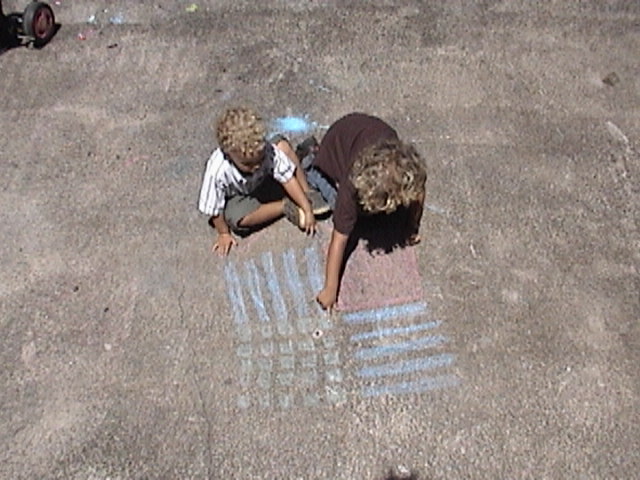 Playing with chalk on the pavement: math.


Driving in the car. Math.

This is one of the most popular pages on the whole site:

Have you got a deck of cards? MATH!


Got any Playdoh? MATH! 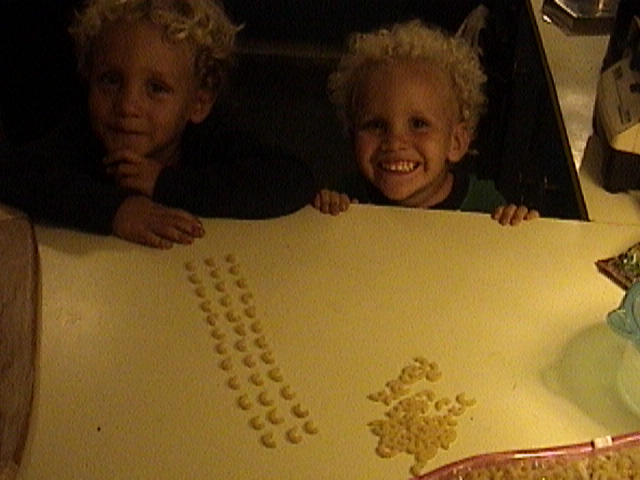 
“Play is the only way the highest intelligence of humankind can unfold.” -Joseph Chilton Pearce

“Do not keep children to their studies by compulsion but by play.” -Plato

“In every real man a child is hidden that wants to play.” -Friedrich Nietzsche

“Play is the beginning of knowledge.” ~George Dorsey

"It is paradoxical that many educators and parents still differentiate between a time for learning and a time for play without seeing the vital connection between them."~Leo Buscaglia, author (1924-1998)

“Play is so integral to childhood that a child who does not have the opportunities to play is cut off from a major portion of childhood.” -Musselwhite

“Necessity may be the mother of invention, but play is certainly the father.” -Roger von Oech

“We are never more fully alive, more completely ourselves, or more deeply engrossed in anything than when we are playing.” -Charles Schaefer

“It is a happy talent to know how to play.” -Ralph Waldo Emerson

“Play is our brain’s favorite way of learning.” -Diane Ackerman

“Whoever wants to understand much must play much.” -Gottfried Benn

“The true object of all human life is play.” -G. K. Chesterton

“Play gives children a chance to practice what they are learning.” -Mr. Rogers

“Children need the freedom and time to play. Play is not a luxury. Play is a necessity.” -Kay Redfield Jamison

“The creation of something new is not accomplished by the intellect but by the play instinct.” -Carl Jung

“The opposite of play is not work. It’s depression.” Brian Sutton-Smith

“If you want to be creative, stay in part a child, with the creativity and invention that characterizes children before they are deformed by adult society.” -Jean Piaget

Note: Most Mortensen Product Ordering Buttons Have Been Removed Due To Shipping/Inventory Issues. Contact for ordering information and product availability.


CC. 2008 - 2020 Crewton Ramone's House Of Math®. Some Rights reserved. You may copy any page, text or image from this site as long as you provide credit to this site and a live link to the original page. This does not apply to Password-Protected Pages. My original content falls under US Trademark. Crewton Ramone's House Of Math® Is a registered trademark.