Passwords will be changing soon. Except now I actually mean it. Hard some computer issues and couldn't get into the house of math. Annoying because I had set aside time to work on my website over the holidays...

Will have a one day sale and FREE seminar on youtube or facebook or both...look for that on an upcoming weekend.

Go to my youtube channel and subscribe and hit the notification bell so when I go live you get notified.  Will do a basic seminar and Q&A / AMA.

As soon as I get my computer back.

Use the contact link for payment or other communication.

And pardon me: for those of you that can't do math, this election was stolen.  Very basic math. Trump won in a landslide so did a lot of others...this is why YOU need math.

Multiplication Rock, if you don't know, is from the 70's. But it still works great for teaching the times tables and some additional math concepts because it uses music and singing. One day you'll be able to buy the DVD's and CD's here. (That day has come. I can't find CD's but scroll down for DVD's and VHS...) I also hope to have Crewton Ramone's Funky Math Band kick out a few covers of these songs and more...complete with video. Math Music vids are coming your way...meantime here are 14 multiplication rock vids. Note sometimes yo come here and the links to the vids don't work because youtube deletes the accounts. You may want to actually buy the DVD's and watch them over and over again. 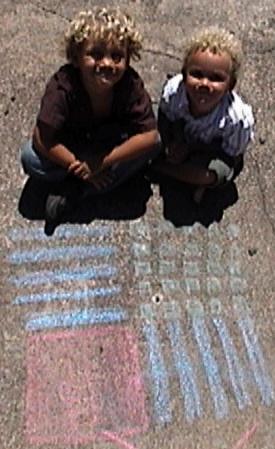 I had to put conjunction junction in here because even though it's not Multiplication Rock, everybody likes that song: it's catchy. It also underscores the point: teach with music, play and laughter. Highly effective. Play these songs and the Skip Count Songs from Mortensen Math as much or more than you play the other crap you get from the MSM*. It would be nice if they got songs that teach them math "stuck in their head" rather than some of the stuff they'll get in kids DVDs and on the radio.

Make no mistake this is where we lose 90% of math students! They go from loving math to hating math when they have to memorize multiplication tables. I have many students who illustrate the point.

There are several reasons for this. First and foremost we start with the multiplication TOO LATE. They need to hear the patterns and start singing songs EARLY: 4 or 5 or younger, waiting until they are 10 is #*%^&*^! ridiculous! I have heard schools of thought that say you don't want to scare children or rob them of their childhood by teaching them math too early. What a bunch of BULLSHIT..

Certain programs tell you NOT to start until they are SEVEN. We have found waiting until seven to teach language gives them a handicap and children that learn 2 or 3 or 4 languages before age seven do much better than those who start later. Eventually they will figure out math is a language.

Homescholers try to get their kids to memorize the multiplications tables late and end up turning the kids off altogether. Check my Youtube channel for vids showing very young students doing multiplication. (Very young = 3, 4 and 5 year olds...) Also see the vid below. They use skip counting songs and multiplication rock songs...

They will learn much more easily if you introduce these concepts at a early age. In the picture above that problem is a drawing of 15 x 15 = 225! We had to do a lot of counting. Bigger is funner. We also talked about algebra where that represents the square number x² + 10x + 25 or (x + 5)². But we just talked about it.

We started by drawing 11 x 11 = 121 then 12 x 12 etc worked our way up. Math is a language: Teach the whole damh language all at once not just bits and pieces that become meaningless because they are so disjointed.

Multiplication Rock is perfect for non-threatening patterning and memorization. We will also employ other techniques to help learn multiplication facts. Memorization alone is not enough. The mind develops in stages, in the early years you hear a child sing songs and repeat words over and over again until they just about drive you crazy. THIS is the time to introduce times tables...with music and fun and games; in other words, with play. I agree that drudgery and sitting there yelling at kids because they don't do it right does more harm than good...but that's not what we are going to do now is it? I remember more than one parent telling me they came to me because turning up the volume doesn't work, (unless it's the volume on the Multiplication Rock vids...lol).

Do what the child does naturally. Play and sing and move their bodies. Over and over again. Learning math beats the hell out of intsy weensty spider...which they may sing 1000 times before adulthood and is of little or no use. Using these as lullabies or right along side other vids certainly doesn't rob them of their childhood and your children will ask to watch them over and over again each day. Sit with them and cuddle, for 1/2 hour or so each day...mornings or evenings in addition to a story book the pay off is HUGE because this is the true MILESTONE in the Mathematics. Multiplication allows you to count very, very quickly.

Don't make the mistake that 90% of people make thinking Mathematics is just computation: IT'S NOT.

Being able to count very quickly certainly helps: the same way not having to pause to think about conjugating verbs in another language helps you speak that language. Being able to count quickly lets you "speak" the mathematics...I can't emphasize this point enough. Calculators are MUCH slower than a well trained mind and do not replace the need to be able multiply without thinking about it.

Nevermind that students who do well in math make more money. Who needs money? Life isn't about the money.

Nevermind that students who excel in math have much higher graduation rates from both hi skool and college. Education is highly overrated.

Nevermind that students who excel in math have higher self esteem than students who don't do well at math. FACT.

Self esteem is THE most important factor in determining success in life however you define it, staying off drugs being an upright member of society etc and all that politically correct nonsense...That's why The Mortensen company called the product Mortensen MORE THAN Math. Not because of the music or the fine motor skills development.

If they get turned off at multiplication how are they going to learn algebra or the calculus? How is a teacher supposed to teach a kid that's hated math since 4th grade anything in 9th grade? They "know" they can't do it and they don't want to do math either.

How about we avoid all of this by making math fun and easy and making the first milestone a breeze.

Many people and text books say PLACE VALUE is the first big milestone. With this system place value is taken for granted.

20 x 20 not just 9 x 9 or even 12 x 12! YOU HAVE 12 YEARS to teach them math for Pete's sake. They aren't going learn it all at once teach a little bit at a time. Soon they'll know 15 x 15 just as readily as 4 x 4. I read somewhere it takes 18 impressions to build a pathway from the sub-conscious to the conscious for medium term recall...18 more for long term recall...so if you dial a phone number 36 times over a few days you'll have it "memorized". If you drill multiplication facts 36 times for each fact over a few days it will be simple to recall. But who wants to? If you use VAK and mix it up it will be even easier to recall.

Realize that's 20 x 20 x 36...it's going to take months and years to get all those facts where they can be easily and readily recalled. There are tricks to shorten this process because after all ONLY ONE impression is all that's needed technically because the sub-conscious mind stores EVERYTHING. But, it's not about storage it's all about retrieval. Multiplication Rock can certainly help make this process easy and fun, in addition to drawing and playing with blocks or other manipulatives. You can sing while you play with the manipulatives too...

Drill for skills with paper and pencil.

Have fun with it. You have to get creative with older students to make it fun especially if they have a bad attitude to begin with. Racing to complete tables or work sheets can be a good way to have fun. Some students may need to work at their own speed for a while. You can play beat the clock and give rewards for points or something. Not sure how? I'll show you step by step.

Make the rewards highly desirable. Playing video games (that teach math) can be great rewards. Food. Playtime/freetime. Etc. And of course just sitting at the end of class watching a few Multiplication Rock vids can be a reward.

I am looking for the CD's (you may have to troll Ebay). This page is often messed up due to Youtube getting tricky with their link back code...and deleting these videos, should be fixed soon. Disney thinks their work should be kept out of the public domain forever. They got Sonny Bono to go to congress to change the copy right laws to keep Micky Mouse and everything they have bought up including ABC's Multiplication Rock under copy right protection.

Go here for some "how to" teach multiplication videos I've made with various students.

If you have subscribed on another page there is no need to subscribe again, at the moment I only have one list Soon there will be several lists because there are several types of visitors, here and I will cater to all of you. Parents, teachers and students...Rome was not built in a day they tell me. My house of math will takes many months if not years to complete, if it ever gets completed...

Go from this Multiplication Rock page back home.

"Music is the pleasure the human mind experiences from counting without being aware that it is counting." ~Gottfried Leibniz

Thus endeth the "Multiplication Rock" portion of this web page.


CC. 2008 - 2020 Crewton Ramone's House Of Math®. Some Rights reserved. You may copy any page, text or image from this site as long as you provide credit to this site and a live link to the original page. This does not apply to Password-Protected Pages. My original content falls under US Trademark. Crewton Ramone's House Of Math® Is a registered trademark.