How to Teach Counting Using Base Ten Blocks, Some Techniques. 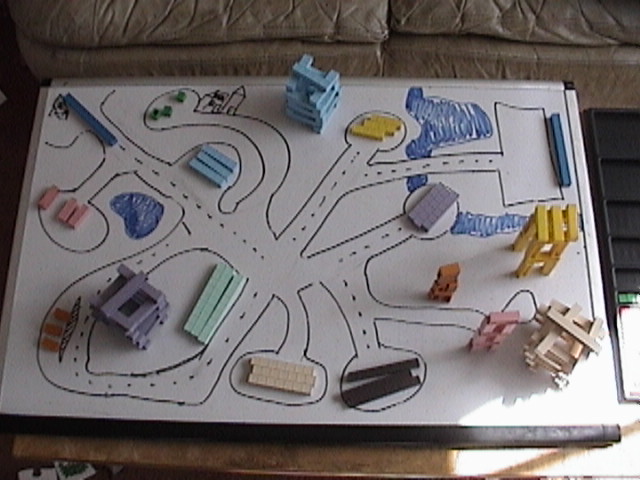 When you use base 10 blocks to teach counting, it makes math easy and fun.

Start at the beginning and go from there.

The mathematics begins with counting. How do we teach counting? Start with patterning. Just say the numbers from one to five, then one to ten then ten to twenty. Repeatedly. Start with your fingers, at bed time is a good time but any time is fine.

Sing songs...Here are some Sesame Street videos that will help you with counting. The songs and music are fun and ageless.

Every mathematical question can be framed by the question, "what are we counting?" I mean it when I say if you can count to nine, identify a rectangle and tell if something is same or different or not I can teach you math. Period.

With most beginning students I make them write out the five basic concepts. With older students counting is redundant, they can all count, and you can make a joke of it. After they write down "Math is the study of numbers and all we do with numbers is count", or some variation thereof, ask them to count to twenty. Then ask them to count backwards from twenty.

“See, I can teach you math, we are one fifth of the way there...you can even count backwards.” Then ask them to recite the abc's backwards.

Younger students (and many older students) need to be taught the patterns. The highest number we count to is nine. The numbers tell us how many the places tell us what kind. After that it's just vocabulary, we have English names for all the numbers, even really big numbers. One, two...seven, eight, nine and then ONE of the next kind, one ten. One ten and one unit is called eleven.

One hundred, two hundred...eight hundred, nine hundred, ONE thousand...it never gets past nine.

Although I am almost illiterate mathematically, I grasped very early in life that any one who can count to ten can count upward indefinitely if he is fool enough to do so. ~Robertson Davies, "Of the Conservation of Youth," The Table Talk of Samuel Marchbanks

Two tens and three units has a name, twenty three...what's important is understanding the concepts.

We count the big ones first. One hundred, one ten and one unit are one hundred eleven. 111. With manipulatives this is visually obvious but when writing 111, little kids often think THREE...can you see how much easier it is to teach place value?

Teaching a child to count properly takes MONTHS, you can teach them to pattern and memorize by counting from one to 20 over and over again, which is fine; however this can lead to some confusion. Ever hear, "my kid can count to 10 but gets a little confused in the teens"? I have. A lot. Make sure they see all the teens are are just ten and some more, or specifically ten and one through nine units more, and that the pattern repeats with two tens and one through nine units, and three tens and so on. This way they get the concept and the pattern and link the vocabulary to the number.

I can't tell you how many times I got a student that was failing algebra that had to use their fingers to add numbers. Simple numbers like nine and three. Asked to multiply they didn't have their tables memorized either without think hard about it. OF COURSE THEY WERE FAILING ALGEBRA: they had no foundation upon which to stand. Back to basics. No magic. Then again, when the basics are mastered correctly the magic begins. First counting, then addition, then multiplication seems obvious.

“Obvious” is the most dangerous word in mathematics.” ~Anon

So first thing: get them “off their fingers.”

Addition and multiplication are just way of counting very quickly. In order to get there you start off crawling then you walk then you can run, then you can hit the hyperspace button...or at leaste turn on the after burners. 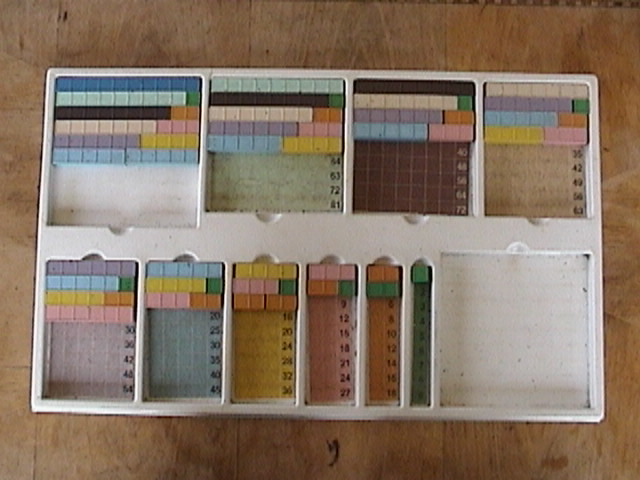 Note there are only so many combinations. 25 up to ten. 45 addends in all. Your students should master all of them. If you are homeschooling this can be accomplished by the age of 5 or 6. Without tears, fear or “taking their childhood away from them;” which is the greatest excuse for stupidity and mediocrity I have yet come across.

Once you can count to nine, you can explain to your students that ALL the numbers "want to be a ten." Again we emphasize tens because this is the gate way to "higher" addition, subtraction and of course multiplication. (See links below.) You explain it or have "Ranae" and the green one do it for you:

In kid speak: "Wannabe a ten."

Counting is Addition and vis-versa.

Turn your I-Phone/I-Touch into a TEACHING TOOL with a FREE app, play online, or download to your mac or PC! FREE app helps your child count, and "build" nines and tens.

"There is a brilliant child locked inside every student." ~Marva Collins

"A mind once stretched by a new idea never regains its original dimensions." -Anonymous