Slowly but surely the collection of stories grows: can you spot any common themes?

The British government's education policy is a disaster. It's time for market solutions, says the former chief inspector of schools 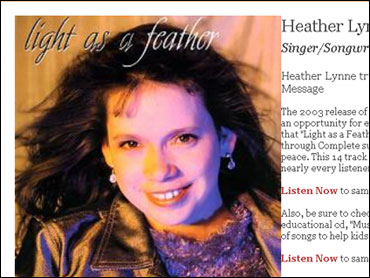 LANSDALE, Pa. (CBS/AP) Prosecutors are calling it a "calculated seduction."

A math teacher at a suburban Philadelphia high school who's accused of having sex with one of her students and sending sexually explicit messages to another has been ordered to stand trial.

Prosecutors say Heather Lynne Zeo had sex with one of her students in the back seat of her family minivan and was reportedly kissing and fondling the student inside her classroom, according to CNN.

Zeo also had sexually explicit chats with another student on the social networking site Facebook, according to prosecutors. CNN reports the student claimed he was told to delete any evidence of the conversation.

Both of the students are 17-year-old boys.

Zeo has been suspended from her job at North Penn High School in Lansdale.

A Montgomery County prosecutor said at Wednesday's hearing for the 36-year-old teacher that Zeo engaged in a "calculated seduction." Defense lawyer Marc Neff says the boys were the aggressors.

Zeo is charged with endangering the welfare of a child and four counts of corruption of minors.

She is married and has three children and maintains a website where she has published songs that teach Christian messages and also musical ways to learn math.

The New Jersey Board of Education yesterday adopted tougher achievement standards for the state math and language-arts tests that third and fourth graders take.

The tests, first administered this year, are more challenging than previous versions. Higher performance standards were put in place for grades five through eight last year.

The standards are "raising the bar" on performance expectations, Education Commissioner Lucille Davy said. She predicted that more children who need help would be identified at a younger age.

GIG HARBOR, Wash. -- The State Board of Education has made a minor revision in the high school math credit requirements.

During a meeting in Gig Harbor on Friday, the board gave students more flexibility in their choices for high school math.

The board decided earlier that beginning with the class of 2013, high school students will be required to earn three credits of math to earn a diploma.

When the requirement was changed, the state rule said students who took a high school level math class without credit as an eighth grader were required to repeat that same course for credit in high school.

The state board decided Friday that students can choose to start with a different math class in high school and don't have to repeat the eighth grade class if they don't want to.

Michigan high school juniors' scores on the Michigan Merit Exam remained fairly static this year, with slight upticks in math, writing and social studies and small dips in science and reading, according to results released Tuesday.

Public school 11th graders who scored at the proficient or advanced levels in writing improved from 40 percent in 2007 -- the first year of the test -- to 41 percent in 2008 to 44 percent on the battery of tests taken this spring. Math scores increased from 46 percent last year to 49 percent this year, the state Department of Education reported.

[Went from totally and completely crappy to just really crappy...yea!]


For decades, public schools have focused on closing the stubborn achievement gap that separates African-American children from their white peers. New data out today from the U.S. Education Department show that the effort may have a limited shelf life for kids.

Since the early 1990s, schools have helped minority elementary schoolers close the achievement gap in basic math and reading skills, with real progress showing up recently on a federally administered test given to thousands of kids around the time they're in fourth grade.

But by the time they get to middle school, it seems, their progress all but vanishes.

[Click the link and go look at the graph. All it shows is that the people at USA Today need a math lesson or two themselves. Data poorly labeled and you have to assume a lot...caption and data set don't match.]

A 2004 study by the U.S. Department of Education found that more than 40 percent of all students and over 60 percent of community college students need remediation. The attitude of the K-12 system is that every student who graduates and enrolls in college should be considered as a success and anything that happens afterward is someone else's problem. On the other hand, the higher education system considers every remedial student to be a product of the K-12 failure, and, therefore, someone else's problem. The disjoint between the K-12 system and the university system is at the heart of the problems and challenges that the current system is facing and needs to be tackled before the K-12/university will reduce remediation. A strong K-12/university partnership is essential to get students prepared for college-level work.


What I am witnessing in remedial mathematics today has changed my attitude toward calculators. I pioneered the infusion of technology in teaching mathematics in 1977 in our department, but today, I would prefer calculators to be introduced in middle school. The arithmetic concepts of addition, subtraction, multiplication and division should be taught without calculators in the elementary schools. The reason is obvious if you are in my shoes.

The writer is coordinator of remedial mathematics at the University of Maryland Eastern Shore.

[I don't care what anybody says: calculators make kids STUPID, many can't even tell if they punched the buttons right and got an answer that makes sense a lot of the time. Further the human brain once trained correctly is faster than a calculator...they should be an aide to computation only.


A failing grade for Md. math


What is taught in high schools seen as insufficient for college

Maryland's public schools are teaching mathematics in such a way that many graduates cannot be placed in entry-level college math classes because they do not have a grasp of the basics, according to education experts and professors.

College math professors say there is a gap between what is taught in the state's high schools and what is needed in college. Many schools have de-emphasized drilling students in basic math, such as multiplication and division, they say.

"We have hordes of students who come in and have forgotten their basic arithmetic," said Donna McKusick, dean for developmental education at the Community College of Baltimore County. College professors say students are taught too early to rely on calculators. "You say, 'What is seven times seven?' and they don't know," McKusick said.

GO HOME “Reason obeys itself; and ignorance submits to whatever is dictated to it.” ~Thomas Paine

“Knowledge will forever govern ignorance; and a people who mean to be their own governors must arm themselves with the power which knowledge gives.” ~James Madison

“Education is a better safeguard of liberty than a standing army.” ~Edward Everett